It’s a wonderful thing to sew for family and friends – especially children. The pleasure of knowing that someone loves you enough to make something for you shows all over their face when you gift something handmade. And that feels good. But it’s another level of feel-good to know that your handmade gift is not only going to someone for whom it’s a wonderful luxury, but to someone who has probably never had someone spend lots of time and money on making something for them. Especially a child. 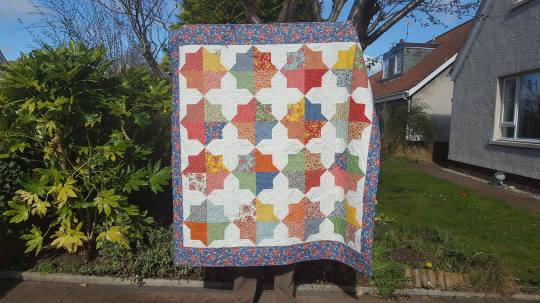 This one is going to the incredibly worthwhile UK charity called Sibling Together, which sets up fun summer camps for children who have been separated by the UK foster system to bond again. I just can’t imagine. Children who have had such a tough start in life that they end up in foster care is hard enough to imagine – but to be separated from their siblings? Presumably, after all they went through together? Tough times. I imagine some need the totally new start, but for some it is because foster homes can take one but not 2 or 3 children. My heart breaks just thinking about it. 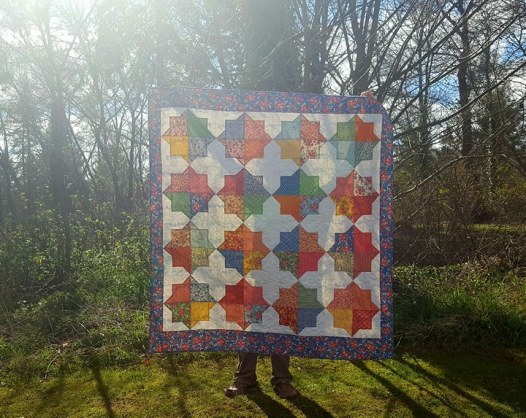 Anyway, at the end of the camp they gift a quilt to each child to go home with . Apparently they really treasure the quilts, presumably as a reminder of their sibling and their experience, but it’s a blanket isn’t it? Something comforting about a blanket. And this one is certainly bright and cheerful!

The back – Ikea’s perfect Nummer fabric. 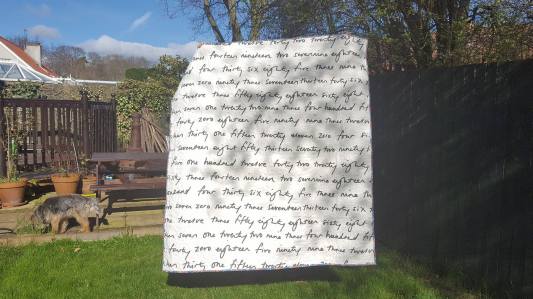 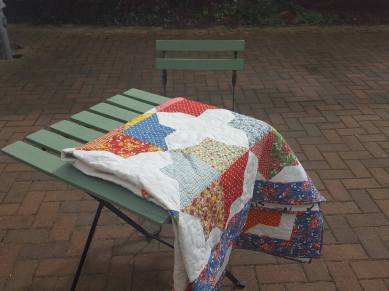 I made this using a tutorial by the effervescently wonderful Jenny Doan of the Missouri Star Quilt Company, and is called the Double Square Star quilt. It’s pretty quick, it’s easy and it’s fun. I made it smaller than hers by using 16 blocks so it finished at 58″ x 63″ (it was square, but I trimmed the side borders so I didn’t have to piece the backing which was 60″!). Jenny shows you a block at a time, but it is easy to chain piece so long as you lay all your fabric out in piles beforehand, and it really was quicker than I had imagined. The tutorial is here if you fancy a go! 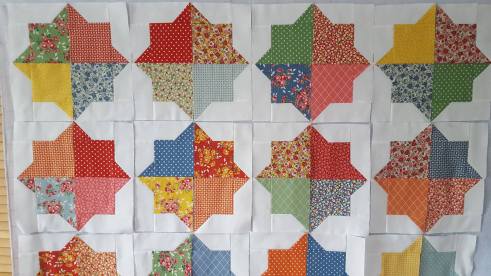 I used 3 charm packs of “Bread n Butter ” by American Jane for Moda. I was so excited to use it, and I love the collection, but once I made a few blocks as above, I was regretting it. It was all too bold and primary coloured with the big blocks – just not me at all. In fact it was meant to be a gift for my friend with whom I used to work and who was retiring (and turned 60) but it just didn’t feel like her either. I liked it more once I put a big 5″ border around the outside, but was still not feeling the love; I needed to wait until I found the right recipient. After all, a quilt top is expensive, but finishing it is also expensive – far too much to be sitting around! 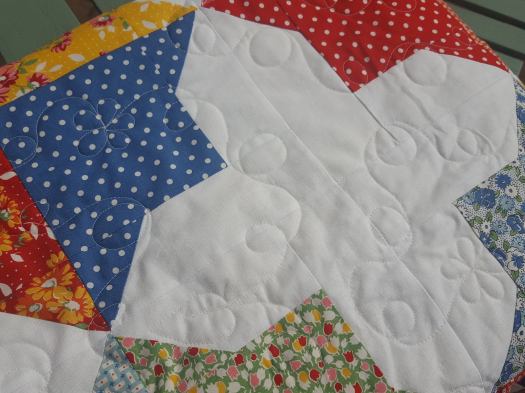 But it was all the lovely folk on IG that made me recognise that my tastes are totally different as a 40-cough year old than they were as a 20 year old, and the idea of this one being my Siblings Together quilt this year was born. And suddenly I really liked it – it was like I could see who it was for and I got enthusiasm for it again. I quilted it with flowers and leaves and it transformed it in my eyes. I now think it’s great! Hurray! I think there’s a lesson in there somewhere. 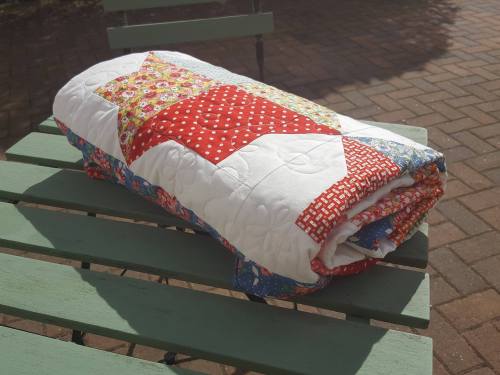 I really really hope that some wee person will like this quilt, maybe even grow to love it over the years. God knows, these children could do with some serious amounts of love. I’m so glad there are people like Siblings Together doing so much good in a harsh world. And so glad that I can contribute in some small way! 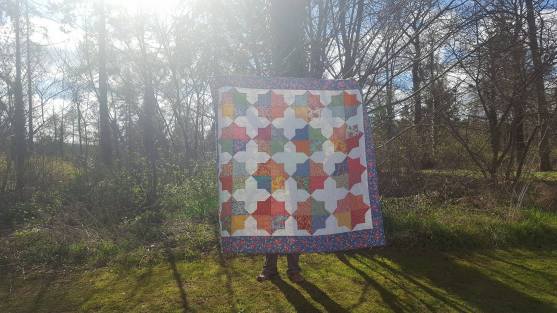 Poor long-suffering quilt-holding hubster. I made him come to the entrance of the forest opposite our house and everything, just to take these pictures, so I’d better use them. I’m sure the neighbours laugh at us. True love that.

Enjoy the Spring my friends. Until the next time,

PS. I’m doing tons of sewing which I just don’t have time to blog about – you can see it on my Instagram under “Cuckooblue” if you like – there is a link on the sidebar of this blog is you need it! Thank you so much for stopping by!